KEARNEY – For Jackie Hinze, working in the University of Nebraska at Kearney’s glass studio is a relaxing escape from her science classes.

The biology major added a minor in 3D art because she enjoys using both the analytical and creative sides of her brain.

“I think the art classes are a good relief from the science classes sometimes because they can be pretty heavy as far as the memorization goes,” she said. “It’s nice to just make something with my own two hands and have a creative process.”

After finishing one of her core courses Tuesday morning, the sophomore from McCook headed straight to the studio to create ornaments for the UNK Glass Club’s holiday fundraiser.

As Hinze gathered glass and continually shaped and reheated it in a 2,200-degree chamber, other club members and assistant professor of art and design Nadine Saylor sold colorful ornaments, vases, glasses, bowls and jewelry on the other side of the studio.

Teamwork is an important part of the process.

Saylor and the five Glass Club members formed an assembly line to make most of the ornaments. The starter gathered molten glass from the furnace and added color; the gaffer shaped the ornament; and another person added the hook. Then the one-of-a-kind decoration was ready to display.

Tuesday’s fundraiser was the second hosted this semester by the recently reestablished club. Members also sold handblown glass pumpkins ahead of Halloween.

Proceeds will be used to purchase new glassblowing tools and pipes, pay visiting artists and fund trips to professional conferences. So far, the club has purchased new tools, and the university bought a new belt sander to polish their glass creations. The furnace and kilns will be replaced in fall 2022.

Saylor, who joined UNK this semester, said bringing in visiting artists and sending students to the Glass Art Society Conference will expand her students’ world views.

“It brings in a fresh, new view from the outside world and makes them realize there’s a bigger world out there,” she said.

Of course, the club’s main mission is to give students an opportunity to gain more experience with glassblowing.

“The best way to get the skills to blow glass is to do something over and over again,” Saylor said.

“You get used to having pieces break or fall off,” she said. The former happens when the glass gets too cool to form and the latter occurs when it’s too hot to hold together.

Over time, she’s learned to work quickly to keep everything at the right temperature.

“I think it’s a cool part of college that you can be any major and you can take a class that is totally random and learn about something new,” Reifenrath said.

Students must have previously taken a glass class to participate in the club, but they don’t need to be art majors or minors. Saylor hopes to see younger students join the club and glass program so they have more time to develop their skills.

Hinze signed up because she wanted another excuse to work in the studio.

In her second semester of glassblowing, she’s learned to make vases, cups and flowers. She wants to take as many glass classes as she can before she graduates and applies for medical school.

“I think there’s something really unique about making art out of glass,” Hinze said. “It’s a little bit dangerous and the products you make are beautiful beyond painting or drawing. I think glass is the most beautiful art form and that’s why I like being in here.”

LEARN MORE ABOUT THE UNK DEPARTMENT OF ART AND DESIGN 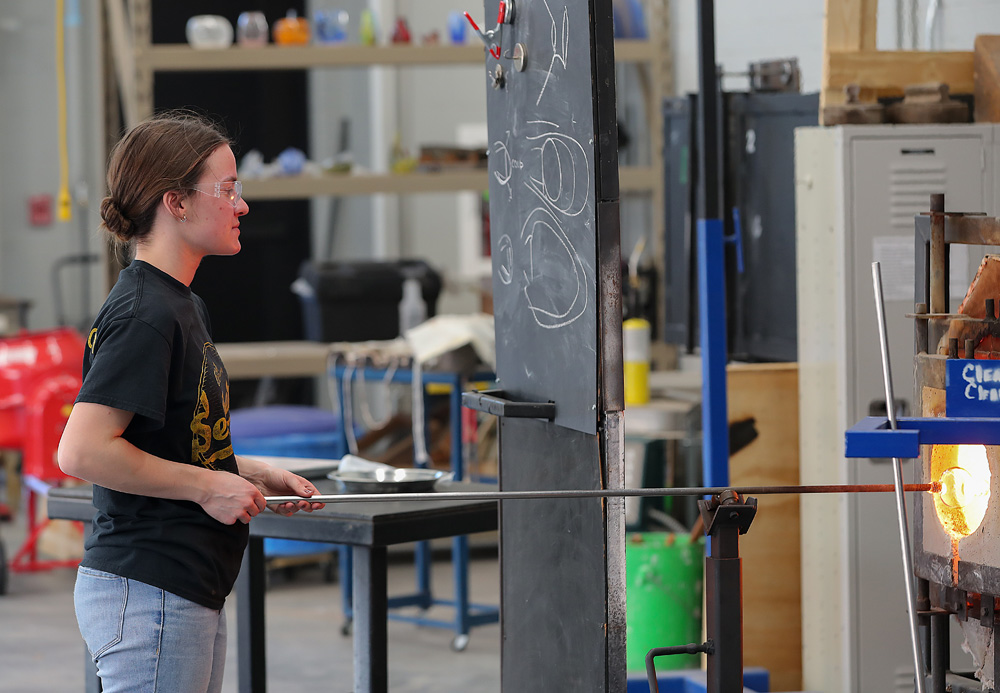 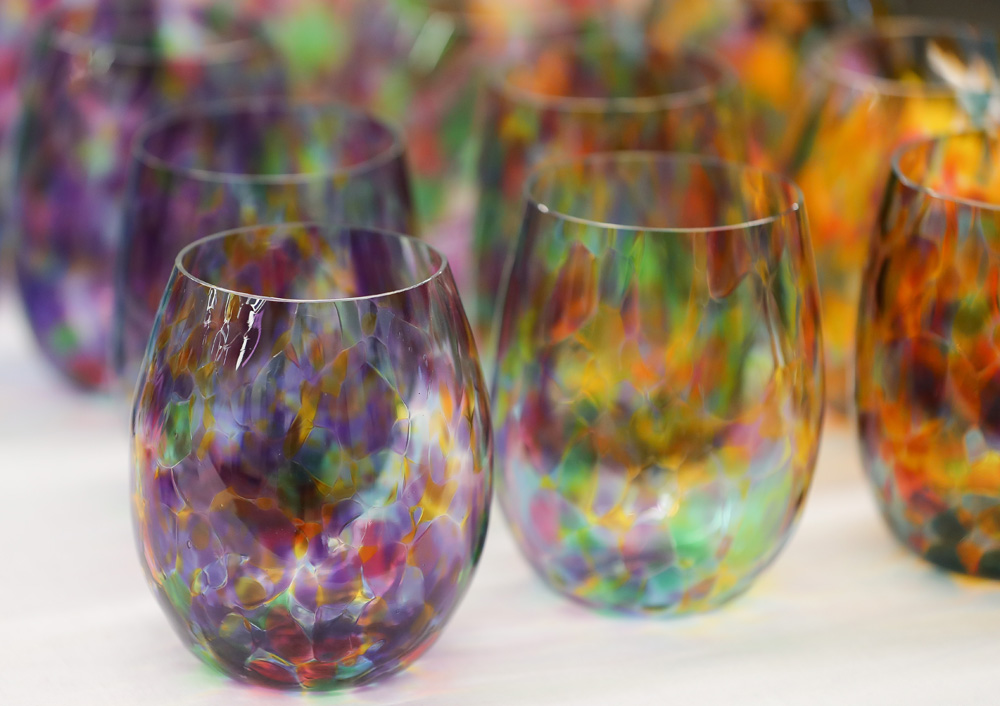 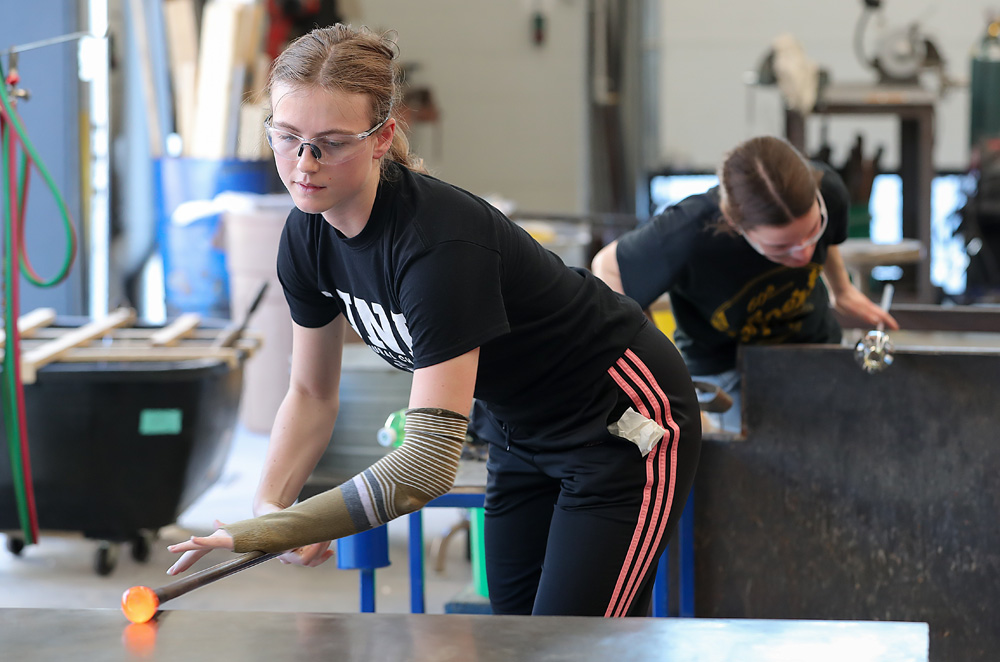 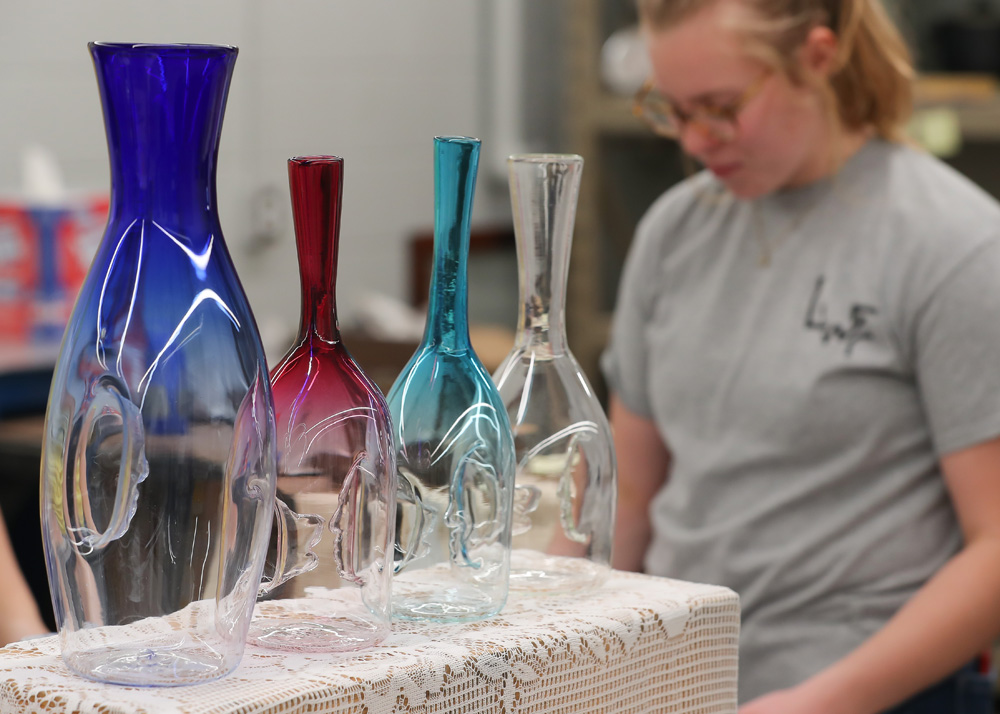